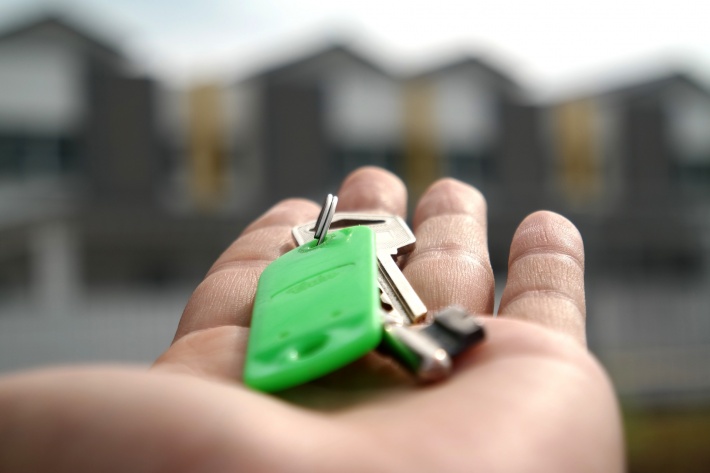 With only a matter of weeks to go until the UK’s exit from the European Union, the ramifications of our departure continue to be subject to much deliberation, hypotheses and conjecture. In short, no one really knows how Brexit will impact on business, the economy or the average member of the public.

What we do know, however, is that the uncertainty is making people, well, uncertain. Whether it’s holding off on booking a summer holiday, putting plans to take retirement on hold, or delaying a decision on whether to study abroad, UK residents just don’t know what to do for the best.

And one area where the potential fall-out from Brexit is being felt keenly is the housing market. Who can blame homeowners – or indeed first-time buyers – when even Mark Carney, the Bank of England governor, is predicting that a disorderly EU exit could see house prices fall as much as 35% in the next three years?

Should that scenario unfold, it could be disastrous for an area like Aberdeen city and shire where the crash in the oil price has already had a huge impact on the sector. Property prices in the region are only just starting to rise again as a result of jobs returning to the oil and gas sector, but there are concerns that our Brexit deal could rock that confidence.

And, of course, the waters are muddied even further by the Land and Buildings Transaction Tax (LBTT). The taxation, which the Scottish Government introduced as a replacement to Stamp Duty, has been blamed for the region’s latterly sluggish housing market.

While LBTT has benefits for many buyers, in particular those buying their first property, some say the scheme has left others out of pocket and blame it for stagnation of the north east property market in recent times.

This has created a situation where there are housing winners and losers. For example, a newlywed couple spending £238,000 on their first home would pay £2,060 in LBTT but would have paid £320 more under Stamp Duty.

However, as the years pass and that same couple wants to move into a bigger £450,000 home, LBTT would work against them. They could expect to pay around £8,000 more than they would have paid in the days of Stamp Duty.

Although property prices in Aberdeen have fallen in line with the downturn in North Sea activity, they are still above the national average. Buyers looking for a three-bedroom detached home can expect to part with a sum over £325,000 – and this means that many growing families are finding that moving is a challenge.

For many, it’s far more palatable to invest in their existing property, adding on extensions, loft conversions or creating additional bathrooms to ensure they have enough room as their brood grows.

This has been borne out in a report by Revenues Scotland which showed that, during the year 2017/18, LBTT revenues fell by 23% in the city compared to the previous year, and 33% in Aberdeenshire. In comparison, revenues generated by the tax across Scotland as a whole increased by 29%.

Scottish finance secretary Derek Mackay has indicated that he may reassess the limit of 5% LBTT to cover properties up to £500,000. This would certainly help to reduce the tax burden on those who are looking to move into bigger homes but are put off by the LBTT charges.

While the roll-out of LBTT is impacting on those looking to buy or move property, it also affects developers and the construction industry. Developments that contain a mix of housing styles, such as flats, starter homes and modest family properties, are perhaps benefitting from LBTT as the bandings make these properties more attractive.

However, properties pitched at the higher end of the market may take longer to sell – meaning it is taking even longer for developers to see a return on their investment.

We work with many housebuilders and developers to look at their overall business model, and in recent years we have had to consider whether their plans for future developments need to be tweaked in the light of LBTT trends.

A slow property market can radically alter a company’s cash-flow position: contractors, suppliers and other creditors still need to be paid even though receipts are not coming in. And, of course, a reduction in revenue could result in future housing developments remaining on the drawing board for much longer than anticipated.

If you are a property developer worried about the impact of LBTT, it is worth sitting down with your accountant to review the current health of your business. Your accountant will help you to consider whether your current model is sustainable in the longer term and identify opportunities that you may not have previously considered.

For example, the recently revealed Aberdeen city centre masterplan proposes mixed use developments that encourage people to work, stay and play. Flats and apartments which traditionally make up city centre accommodation are unlikely to be subject to the higher LBTT banding, so it may be worth considering how these developments fit into an overall business plan.

Whatever the future landscape of property and construction – the positive or negative ramifications of Brexit, efforts to reduce the LBTT burden on middle-market homebuyers, or local property market fluctuations – your accountant is there to help ensure your business retains solid foundations.