Fall in exports to the EU – Just Teething Problems? 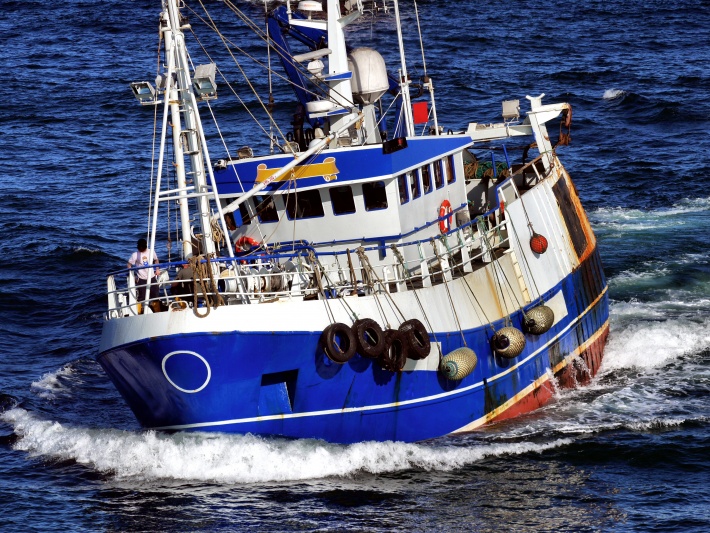 Following an unprecedented 40.7% dip in UK exports to the EU back in January, the latest monthly figures from the Office of National Statistics (ONS) now show signs of a tentative recovery. But even with this welcome rebound in February, the road back to pre-Brexit and Covid export levels is still uncertain.

Shona Duncan, senior tax manager, takes a look at what the latest export figures mean as well as the impact on businesses in Scotland, particularly the agricultural and fishing industries.

With January being the first full month since the UK officially left the European Union, a drop in exports was to be expected. However, the 40.7% drop as reported by the ONS dramatically brought home the impact – short-term at least – of post-Brexit trading life in the UK. The biggest drop in UK exports to the EU since records began back in 1997, the stats for January also coincided with news that the UK economy had shrunk by a further 2.9% just as the country was enduring its third national Covid lockdown.

The February figures just released by the ONS, however, paint a more positive picture, with a partial rebound indicating that the steep drop in January was an immediate response to Brexit red tape, the end of the transition period and the new trade rules.

Official figures show that in February, exports to the EU rose by 46.6% - a total of £11.6bn. However, this recovery should be tempered by the fact that exports remain below this time last year, with imports from the EU also showing a weaker recovery and a UK economy still 7.8% smaller than 12 months ago.

Factors behind the January export plunge

It appears that there was a ‘perfect storm’ brewing as we moved into 2021 that can provide some context behind the dramatic change in the UK’s EU export situation.

The large dip in January’s export figures can be explained in part due to stockpiling the month before. During December, businesses aimed to get ahead of the new trade rules that were coming in January and which were set to weaken initial export trade under the post-Brexit terms.

And we can all recall the media images back in early January of stranded lorry drivers with their haulage at UK ports as the end of the temporary trade agreement coincided with the discovery of a new Covid strain. With drivers required to take tests before crossing the border into the EU, subsequent delays and complications impacted the flow of goods in and out of the country.

January also saw the arrival of the new trading rules, with the additional paperwork and red tape significantly slowing export times as businesses worked to implement and get accustomed to the new way of working outside the EU.

Impact on agriculture and fishing

The export of food and live animals to the EU – including seafood and fish - took a particularly large hit at the start of the year, with a concerning 63.6% drop in January that equated to a loss of £0.7billion in export revenue.

While these export figures have followed the general February trend and since seen an increase of £0.3billion – that’s an increase of 77.4% on the January figures - there are concerns that the Scottish fishing and agricultural industries are still being held back by red tape. There are continued reports of delays between Scotland and France, with consignment sign off time taking considerably longer, and what was once an overnight transit of goods now taking up to three days. And all this disruption comes on the back of the impact of Covid and what has been one of the worst trading years experienced by the Scottish fishing industry.

Although the industries’ exporters are now adjusting to the new regulations and associated paperwork, there is clearly still some way to go as businesses adapt to the challenges of non-tariff barriers and aim to bring a sense of normality back to trade with the EU.

With the release of the February 2021 export to EU figures, the ONS has indicated that the significant drop experienced in January may have been the extreme and the coming months will see gradual improvement, as the seeds of longer-term recovery are sown. Time will tell how quickly this recovery is implemented, as other influencing factors, not least the Covid pandemic, lockdowns and the impact on global movement are eventually eased.

Support for businesses as they adapt to new ways of trading

But in the meantime, the Government has launched a £20 million support fund to assist small to medium enterprises adapt to the new customs and tax rules when trading with the EU. The SME Brexit Support Fund is now open for applications and successful candidates will be awarded a grant of up to £2,000 which can be used to fund training on the new customs regulations, software and processes as well as VAT and excise duty. You must apply for the grant first before obtaining advice or training and the closing date for applications is 30 June.

You can also access other Government information support for businesses navigating the new post-Brexit export and import world at Import, Export and Customs for Businesses.