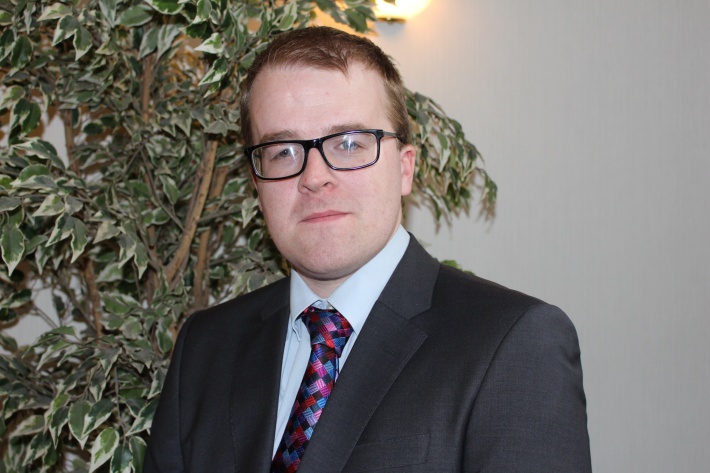 Peter Cowan, named at one of the ICAS Top 100 Young CAs 2019, shares his thoughts on his career and what it takes to be a leading CA.

When did you join Hall Morrice?

What does your role involve?

My time is split between preparing companies’ and individuals' year end accounts and auditing larger companies, as well as preparing tax computations for clients.

What made you want to become an accountant?

As my dad was an accountant, I had first-hand experience of what I thought an accountant did and it seemed like an exciting career. This choice was highly influenced by the fact my dad played in many golf outings. Being young, naïve and a keen golfer, I thought playing golf was part of what accountants do, so I decided I had to follow accountancy as a career path.

What do you enjoy most about your job?

The varied multitude of clients from many difference sectors with the variety of challenges making each day different and interesting.

If you could time travel, what advice would you go back and give yourself as you prepared to embark on your CA studies?

To gain as much work experience as possible (both accounting and other work), as this will help put the knowledge learned at ICAS into real life scenarios. Also, I would say to expect a large workload but know that the work you put in now will be worth it.

What key attributes do you think you need to become a CA?

A high personal code of ethics, the ability to adapt to different situations, a good work ethic and, most importantly, a good sense of humour.

How does it feel to be named one of the ICAS top young CAs in 2019?

It’s an absolute honour and a privilege and makes all the hard work I put in over the years even more worth it.

Sum up what it’s like working at Hall Morrice in three words.

Where do you want your career to take you next?

To a role that continues to challenge me and utilises all I have learned at both Hall Morrice and ICAS.